Jane has released her new Album "Just Jane". It's a beautiful album of music composed specifically for her by husband Paul, along with a few folk songs thrown in for good measure, The album takes you on a journey through the years where Jane's talent has shone through time and time again, lifting Paul's musical creations to a level of pure pleasure. See the albums tab to order your copy now. 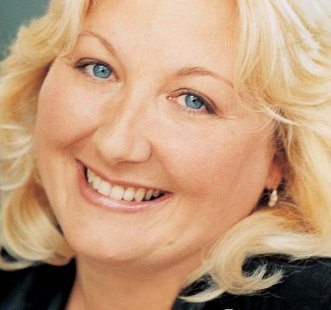 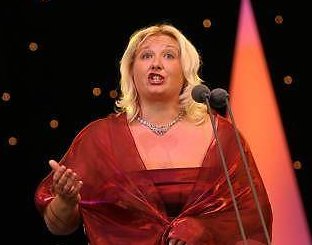 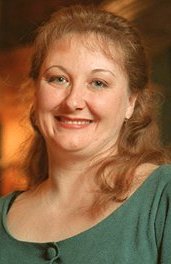 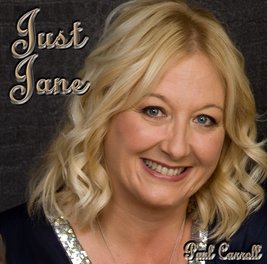 Jane Performs "Caro Nome" from her TV Performance in Operatunity.

In A Live Performance At Home During Lock down.

Jane has been Involved with Amateur Musical Theatre since the age of 14 and got her first leading lady role at just 16 years old. Her talent at that age was obvious and Jane sang in countless operettas and shows, and soon became well known amongst the amateur circuit.

Then in 2002 one of her friends turned up at her doorstep one Sunday evening and said "Do This!" and handed her the entry form for Channel 4's "Operatunity". The rest is history, Jane entered the competition, designed to find an Opera singer from members of the public, along with 2500 others, and emerged as one of the two winners.

Jane and Paul had been friends for more than 20 years when they fell in love and set up home with their combined families of seven children in Old Sodbury 16 years ago.

Hear Jane On Videos Below 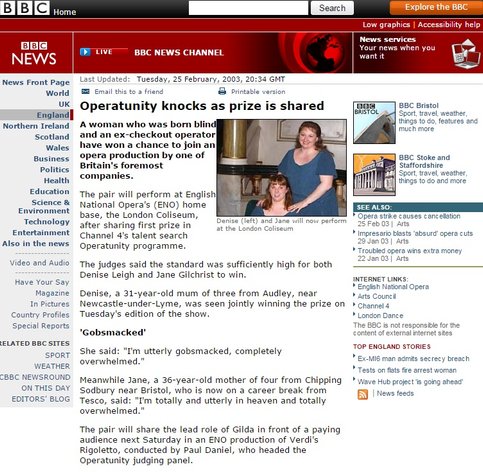